Red Mendoza is the Events Editor and Chief Correspondent of Anime Pilipinas, where he leads the organization’s coverage of special events, including Japanese anime and Pop-culture gatherings.

He also works on in-depth reports of events & interviews, as well as contributing on general reporting and opinion pieces.

Being a “late bloomer” into Japanese Anime, mostly by network loyalties, Red became accustomed only to anime programming when terrestrial network ABS-CBN aired Beyblade and InuYasha in 2002.

Since then, every anime show aired on ABS-CBN, he not only followed it, but watched it and made it his inspiration.

Reared into a Kapamilya-loving household, Red decided early on that his career would be in the media, deciding to be a reporter since the moment he was forced to attend a Campus Journalism workshop.

He competed (and lost) in the Quezon City Schools Press Conference, but it did not hamper his passion to write.

At college, his life for Anime and Journalism prospered, becoming a news reporter for the LPU Independent Sentinel and became one of the proponents of establishing an anime organization in the Intramuros-based university, eventually joining in the LPU Kyobun Kunshu Sei on the final years of his studies.

His first taste of an Anime Event was in 2006, when he first attended the Hero TV Summer Splash event at Splash Island in Laguna province, while he attended his first TOYCON in the same year.

Having attended events for more than 10 years, including in Subic for the WCS Philippines 2013 Preliminaries and the island-country of Singapore for Anime Festival Asia 2014, Red still pursues to cover anime events and get the latest interviews from organizers, guests and even the event attendees to bring context beyond what is being seen on the event floor.

He also anchors live on-the-floor anime event coverage via Facebook Live platform and is also a part of the APN Conversation podcast.

Red also delivers his media commentaries on his personal Facebook Page and this blogsite.

He is a die hard fan of Mobile Suit Gundam SEED, Captain Earth, Valvrave the Liberator, and Your Lie in April, but he believes that Aki Tomoya, the lead of Saekano, is his spirit animal, alongside Kira Yamato, Daichi Manatsu, Haruto Tokishima and Kousei Arima. 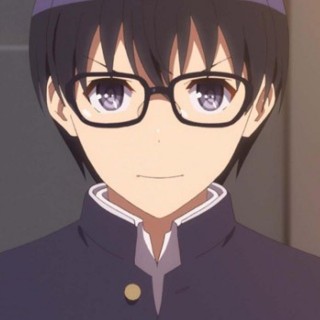 All comments made on the posts, except of the blog owner and author, does not reflect the views and opinions of FreedomStrike Group and its affiliates and partners.

We welcome all viewpoints on this site, but The Notebook reserves the right to delete or ban comments and users who post inappropriately.

Stories behind the stories